There are lots of technologies that are available in the web world. So Today I am  going to list top 5 Technologies to be Learn to make Amazing Web applications

Hadoop is an open-source framework that allows to store and process big data in a distributed environment across clusters of computers using simple programming models. It is designed to scale up from single servers to thousands of machines, each offering local computation and storage.

MongoDB is an open-source document database and leading NoSQL database. MongoDB is written in C++. The basic  MongoDB concepts are to create and deploy a highly scalable and performance-oriented database.

The main beneficiaries of MongoDB are the professionals who are currently working in Backend developing, Software Professionals.

Scala is a modern multi-paradigm programming language designed to express common programming patterns in a concise, elegant, and type-safe way. Scala has been created by Martin Odersky and he released the first version in 2003. Scala smoothly integrates the features of object-oriented and functional languages.

Scala Programming is based on Java, so if you are aware of Java syntax, then it’s pretty easy to learn Scala. Further, if you do not have expertise in Java but if you know any other programming language like C, C++ or Python then it will also help in grasping Scala concepts very quickly. Node.js is a very powerful JavaScript-based framework/platform built on Google Chrome’s JavaScript V8 Engine. It is used to develop I/O intensive web applications like video streaming sites, single-page applications, and other web applications. Node.js is open source, completely free, and used by thousands of developers around the world.

The developer who is having a basic understanding of JavaScript. As we can develop web-based applications using Node.js, it will be good if you have some understanding of other web technologies such as HTML, CSS, AJAX, etc.

Git is a distributed revision control and source code management system with an emphasis on speed. Git was initially designed and developed by Linus Torvalds for Linux kernel development. Git is a free software distributed under the terms of the GNU General Public License version 2.

We can use Git to handle all levels of Java and Non-Java projects. So it will be good if you have some amount of exposure to software development lifecycle and working knowledge of developing web-based and non-web based applications. 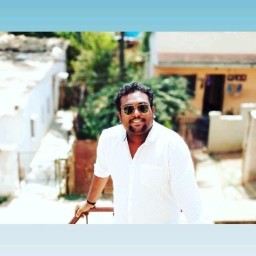